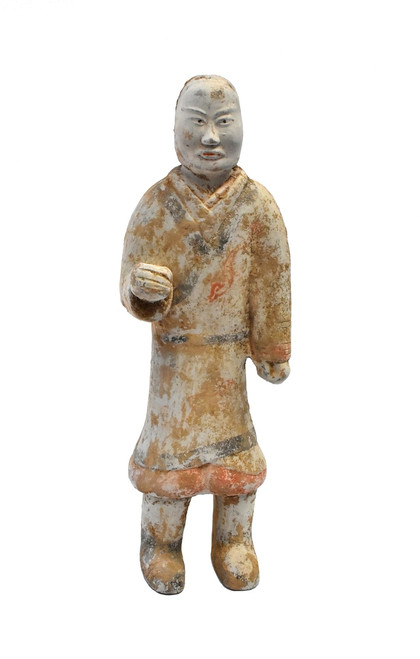 A fantastic Han style terracotta figure. Such a figure is seen in the Han dynasty dating 206 BC-220 AD. The figure appears to be a servant or a ostler. His hair is in a bun and wears layers of wrap robes, all consistent with the Han era's style. A wonderful sculpture, such a statue was regarded as a status symbol and became an important part of a burial ritual.