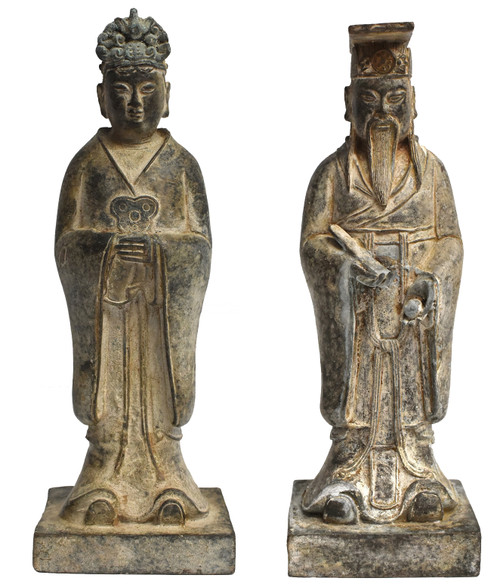 A pair of fine late 19th century Bronze statues of Chinese officials. The left figure depicts an imperial adviser, his full face with almond shaped eyes under arched brows above pursed lips beneath an elaborated crown, his hands together holding a Ruyi, wearing open neck robe. The right figure is of an older adviser with similar features and a long beard, wearing a flat crown symbolic of seniority and closed robe that is appropriate to age and rank, holding a jade scepter and pearl which further indicate his important position in count. Both statues' full faces carry strong traces of Tang dynasty influence and the style of stone statues. Dimensions are for each.

Antique Bronze Buddha as a Teacher

Antique Bronze Buddha as a Teacher